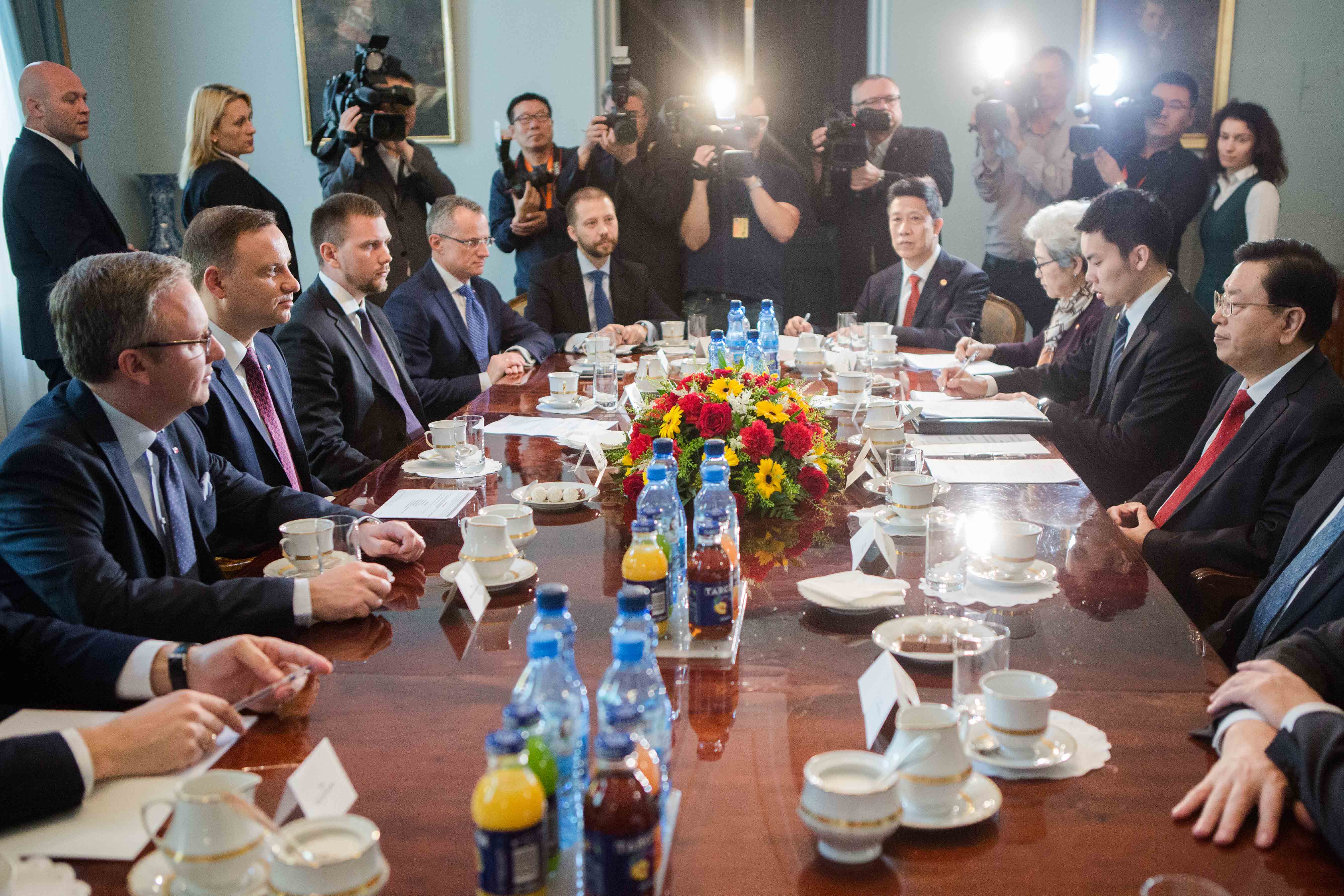 International contacts are often tied to mutual visits by the cooperating sides. No matter what country a meeting takes place in, the most comfortable situation for its participants is one where they send and receive information in their native language. A professional oral translation service first and foremost involves transmitting information in such a way that the receiver is able to understand its content. In the case of translating into Chinese, an incredibly essential factor is knowledge of the Chinese reality, not just the language, so that cultural differences do not have a negative impact on mutual relations.

Consecutive translation encompasses translation of various different meetings with the participation of guests using Chinese (Mandarin) language. As a Chinese translator, I have had the occasion to participate in numerous events attended by the most important Polish state officials, including President Andrzej Duda, President Lech Wałęsa, Prime Ministers Mateusz Morawiecki, Jan Krzysztof Bielecki and Ewa Kopacz, Deputy Prime Ministers Janusz Piechociński, Tomasz Siemoniak, Grzegorz Schetyna, Piotr Glinski, Speaker Radosław Sikorski, Ministers Dawid Jackiewicz, Krzysztof Jurgiel, Jan Krzysztof Ardanowski, Jacek Kapica, Krzysztof Tchorzewski, Ministers from the President of the Republic of Poland’s Chancellery, President of the Constitutional Tribunal, President of the Supreme Court, Vice President of the Supreme Administration Court, General Commandant of the Police, Head of the CBS, President of NIK, Polish Ombudsman, many Deputy Ministers, as well as various provincial speakers, mayors, as well as members of the Sejm (Polish parliament) and Senate, not to mention Chinese officials, including Chairman of the Standing Committee of the National People’s Congress – Zhang Dejiang, Vice Minister of Foreign Affairs – Zhang Yesui, Vice Minister of Health, Vice Minister of Agriculture Yu Xinrong, Head of Customs Service of the PRC Ni Yuefeng, Treasury Minister, head of ASQIQ, Chinese Ambassador to Poland Xu Jian and Liu Guangyuan, Economic and Trade Advisors attached to the Chinese Embassy in Poland, Ma Changlin and Liu Lijan, Governors of Zhejiang, Hubei and other provinces, the mayor or Shenzhen, as well as other representatives of local city and provincial authorities.

Besides this, I have taken part in various Polish-Chinese events, including study visits. I have translated for many well-known public figures, as well as representatives from the world of culture and academics, including members of both the Polish and Chinese Academies of Science, not to mention authors and lecturers from China. Throughout my professional career I have had opportunities to translate meetings attended by representatives from such academic institutions as the Institute of Political Studies PAN, University of Warsaw, Tsinghua University in Beijing, Fudan University in Shanghai, Beijing Normal University China University of Political Science and Law, KSAP and UMCS. I have also provided translation services for conferences, study visits and meeting involving representatives from NGOs, foundations and think tanks, including UNICEF, Polish-Chinese Business Council, Stefan Batory Foundation, International Republican Institute, Centre for International Relations, Institute of Public Affairs, European Academy of Diplomacy, Helsinki Foundation for Human Rights and many others.

In addition, I have much experience in translating talks and negotiations in the sphere of business, trade and the economy, for example at the Polish Investment and Trade Agency, Polish Chamber of Commerce as well as in banks and other institutions acting in support of Polish-Chinese economic relations I often take on the translation of trade negotiations with Chinese counterparts, thanks to I have the skills and qualification to seamlessly translate these types of talks. I took part in negotiations for the listing of the first Chinese company, Peixin, on the Warsaw Stock Exchange. Moreover, I have had many occasions to take part in Polish-Chinese trainings at production plants. This has helped me develop the ability to deal with many unusual translation situations which occur in such places, as well as providing me with the experience and vocabulary necessary for complicated technical translations.

Rich experience in high-level oral translation enables me to provide customers with professional translation services necessary in the world of business. If you need your meeting with your Chinese business partners to go smoothly and professionally, I urge you to contact me. My knowledge of Chinese realities and Chinese business culture guarantees that the services I offer are of the highest quality. In addition, my good manners, professional conduct and individual client-based approach ensure that our collaboration will take place in an environment of mutual understanding and cooperation.